“Our House Is on Fire”

It is hard to miss the news reports on the fire in the Amazon rainforest in Brazil. Millions of people are calling for immediate action on social media and, with a limited amount of prior knowledge, there is little surprise that much of what is being reported is inaccurate.

A wide array of celebrities have drawn attention to the problem, mostly through tweets, ranging from superstar sportspeople to famous actors. When asked what Madonna, Christiano Ronaldo, Leonardo DiCaprio, and Emmanuel Macron have in common, you’re probably expecting a funny joke. In fact, all of these people have shared pictures about the fires online that were proven to be much older. In the case of the French president, the photograph he posted was taken by a photographer who died in 2003, making it at least 16 years old. 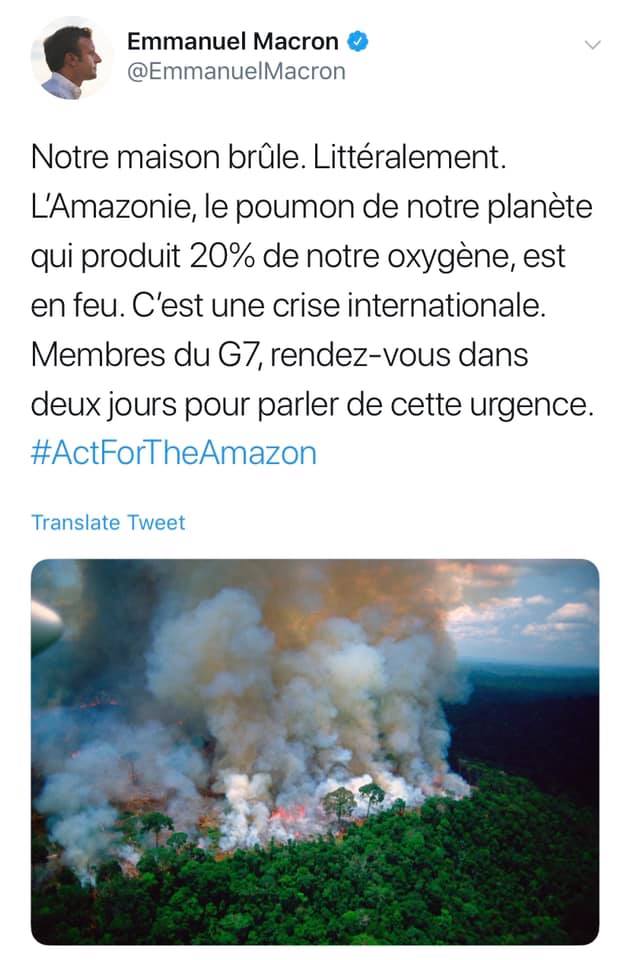 Our house is on fire. Literally. The Amazon, the lung of our planet, which produced 20% of the world’s oxygen, is on fire. This is an international crisis. Members of the G7, let’s meet in two days to talk about this emergency. #ActForTheAmazon

Even Pope Francis has joined the call to protect the rainforest.

While the number of fires in 2019 is indeed 80 percent higher than in 2018—that number you have probably seen reported wildly—it’s just 7 percent higher than the average over the last 10 years. Adding to that, most fires are currently happening on already deforested land in the Amazon. 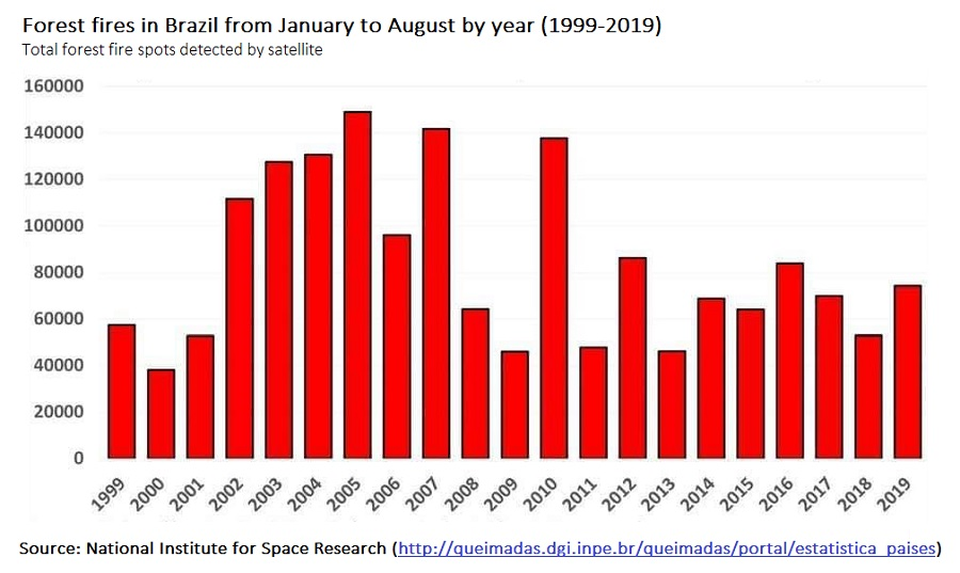 Why Are People Concerned?

It remains a popular myth that the Amazon is “the lung of the Earth,” producing “20% of the world’s oxygen.” In Emmanuel Macron’s tweet from above, the president repeats this exact line. In reality, both are inaccurate, and not only because your lungs don’t produce oxygen.

But of course, the number will stay alive as long as there are media stories to be produced, including from the Associated Press (which had to retract it).

In fact nearly all of Earth’s breathable oxygen originated in the oceans, and there is enough of it to last for millions of years. There are many reasons to be appalled by this year’s Amazon fires, but depleting Earth’s oxygen supply is not one of them, writes Snopes.

So, no, you won’t suffocate because of the Amazon fires.

It takes a minute to dawn on people with what temerity we judge Brazilian forestation from a North American or European perspective. Large forest areas comparable to the Amazon do not exist in Germany, France, Italy, or the United States, for that matter, because they were transformed into farmland and used to enrich local communities through effective land use.

In Brazil, 80 percent of the Amazon is protected from deforestation and remains untouched. In the meantime, we also need to note that deforestation has also declined by 70 percent in recent years, and only a fraction of the land can even be used for things such as soy farming.

Portraying the inhabitants of the Amazon region as greedy egotistical savages will only stoke memories of colonialism.

Hovering above Brazilian authority over the Amazon, spreading the need for “immediate action” by misinforming the public when the leaders of the countries in question have put deforestation much further than Brazil ever has, is all quite rich. The will to fight accidental fires (which are set to increase due to climate change) is there. However, the way the debate has been held over the past weeks will disenfranchise political leaders in South America as well as the population who votes for them.

Portraying the roughly 30 million inhabitants of the Amazon region as greedy egotistical savages who need Leonardo DiCaprio to educate them on global environmental challenges will only stoke memories of colonialism. That word is chosen with some care—modern-day environmentalism has grown into a set of rich individuals and countries telling low-income populations that they need to stay poor for the sake of international environmental safety.

The Amazon rainforest fire debate is another edition of “abstinence vs. innovation” (here’s the aviation edition). Global agro-consumption and demand for things such as meat are said to be the cause of the problem, and within this narrative, only cutting consumption can produce positive results. That is not true. Through genetic modification and gene editing, we can identify the problems of today and solve them with the technology of today.

The future of our civilization lies in the ingenuity of scientific research, not in the government-led reduction in consumption.

The future of our civilization lies in the ingenuity of scientific research, not in the government-led reduction in consumption. We need to stop the myths about our very real environmental challenges and address the actual problem with real solutions.