Washington, D.C. –  In the wake of the national regulatory focus on vaping devices and e-cigarettes, legal firms around the country are filling social media with misleading ads that use misinformation on vaping in hopes of garnering clients for lucrative future lawsuits.

One such advertisement discovered by Consumer Choice Center Senior Fellow Jeff Stier on the platform Facebook shows a hospital patient with a sign stating “I want to start a no vaping campaign”. The link points to the website “juul-claims.com,” which is run by a tort legal firm in Texas. 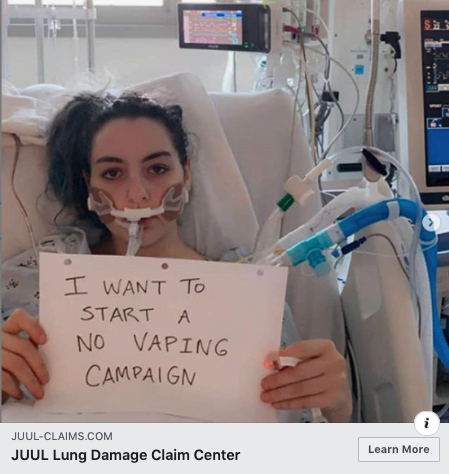 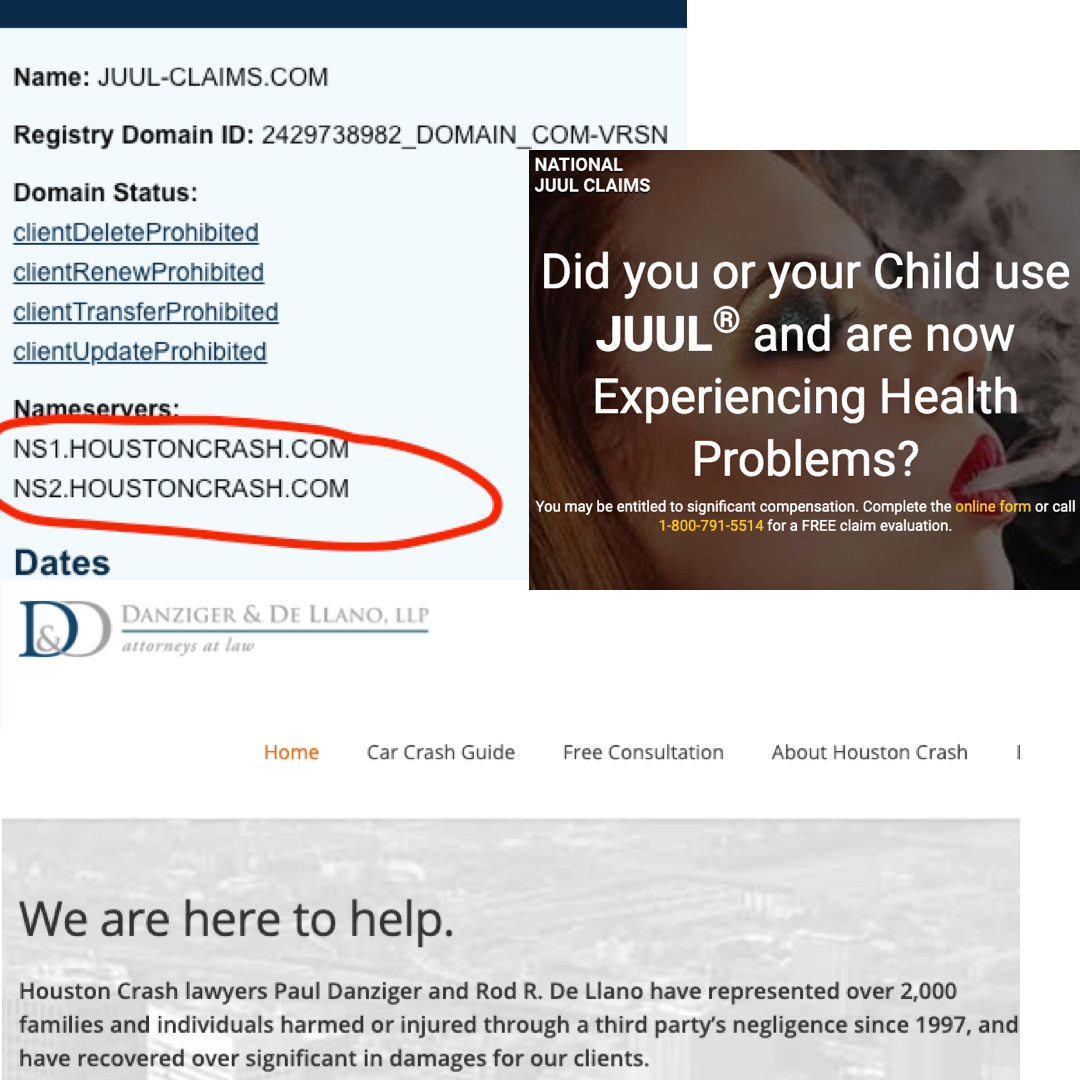 On the website, people are encouraged to list friends or family members who have used Juul vaping products and any potential symptoms they have had as a result.

Similar ads have been tied to a Philadelphia legal firm, which filed the paperwork for a class action lawsuit against Juul just two weeks ago.

Yaël Ossowski, deputy director of the Consumer Choice Center, says the ads and potential lawsuits are misleading, irresponsible, and purposely mislead consumers on the science of vaping.

“What we’re seeing now is a coordinated campaign on behalf of injury lawyers to abuse the science on vaping in an effort to tie responsible use of vaping devices to the reported illnesses caused from using illicit products that contained dangerous chemicals,” said Ossowski.

“The goal of these legal firms is to drum up as much misinformation on vaping as possible in order to file large class-action lawsuits that will end up financially benefiting them. This is outrageous and irresponsible.

“The science on vaping is itself very clear, as the dozens of health departments and ministries around the world have demonstrated by stating that vaping is at least 95% less harmful than smoking.

“The fact that legal firms are now distorting these claims in order to build a dubious case against all vaping companies amounts to nothing more than a shakedown.

“This is yet another example of why legal reform is pressing in our country, and why we cannot continue to allow these bogus lawsuits, which end up hurting consumers and distorting science so injury lawyers can get a big payday,” said Ossowski.

Last week, the Consumer Choice Center published its policy note: Myths and Facts on Vaping: What Policymakers Should Know. Read here on our website.

Also read this op-ed by senior fellow Jeff Stier in the New York Post: Politicians are scapegoating e-cigs for harm they haven’t done. 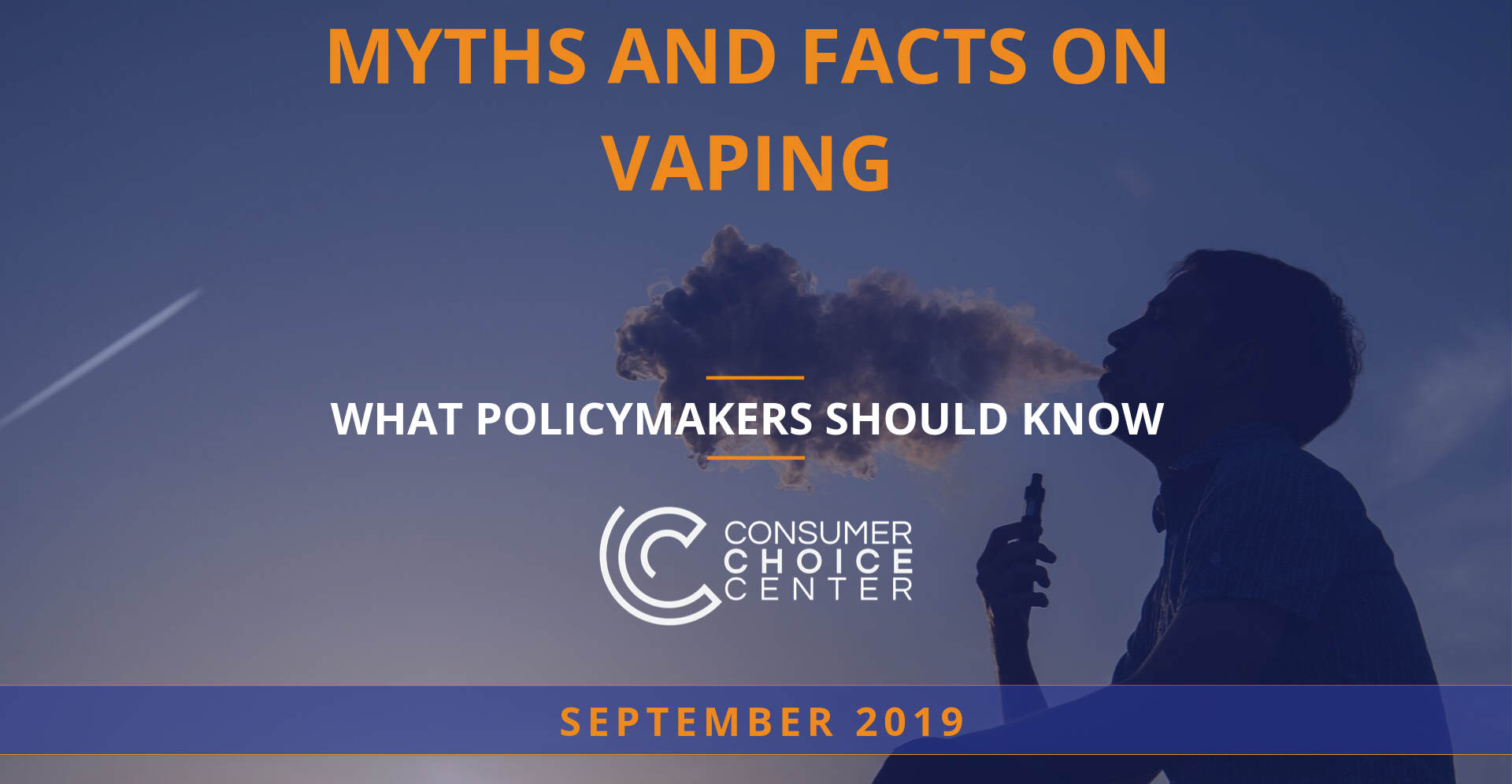 We represent consumers in over 100 countries across the globe and closely monitor regulatory trends in Ottawa, Washington, Brussels, Geneva and other hotspots of regulation and inform and activate consumers to fight for #ConsumerChoice. Learn more at consumerchoicecenter.org.